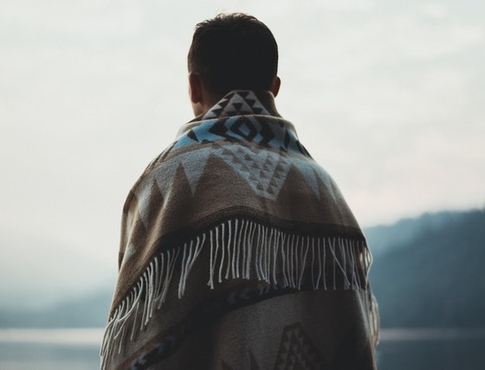 Should you stay or should you go? Don’t let freezing temperatures give you cold feet when deciding whether or not to move apartments this winter! There are many positive reasons why moving in the winter months could benefit you — and your wallet. Check out this list of pros and cons to learn if moving during the cold months makes sense for you.

The Pros of Moving Apartments During the Winter

Sure, the weather outside might occasionally be frightful and cold, but the best time of the year to move into an apartment might actually be during those winter months. Why? Here are a few of the benefits.

First of all, if you’re looking to move apartments during the winter, you’re going to have much less competition than if you were looking to move in the spring or the summer. During the warmer months, college students are out of school, graduates are moving to new cities, and families are not relocating to avoid moving their kids during the school year.

When it’s warm, landlords have no problem finding people to fill up a lease and can pick and choose who gets the property. In the winter? Not so much. And this is good news for you, as they’re eager to get you to rent given there’s much less competition.

Lower Rents During the Winter

Landlords don’t like empty apartments, and because fewer people are looking to rent during the winter, that means they may try and entice you with lower rents during this time. In fact, Investopedia goes as far as to say that “individuals renting between the months of December and March typically find the best rental bargains.” In turn, the most expensive months to start a lease are usually between May and October.

Use this to your advantage before demand picks back up in the spring.

Along those same lines, you have a distinct negotiating advantage in the winter that you don’t have in the summer when they have dozens of people willing to take the apartment as is for the price they command. During the winter landlords want to fill the vacancy, they tend to be more lenient and open to negotiations.

For example, if the apartment generally doesn’t allow pets, but you have a cat, they might just let that slide, and you and Fluffy can live there with no worries. What else should you negotiate? Ask about a shorter or longer lease term, nicer amenities, associated fees, parking restrictions, and above all — rent! During peak months, you’re at their mercy in terms of this point. But when they’re feeling a bit desperate and want to fill the vacancy ASAP, you might be able to negotiate different rates.

First, if you use a moving company, you’ll have a broader selection to choose from during the winter. Their schedules are lighter, meaning they can often even fit you in on short notice. And once you go with a specific company, you’ll have plenty of time to work out a deal, and the moving crews will have enough time to handle your items carefully, making the winter move more efficient and relaxed for all parties involved.

The Cons of Moving Apartments During the Winter

There are also some drawbacks to packing up your stuff and hauling it to a new apartment when the snow flies. This includes:

This is by far the most significant deterrent for most people, as snow, ice, subzero temperatures, and even a massive storm are the risks that you take when you decide to move in the winter.

There’s the chance movers will slip and fall on ice and break some of your items; that the freezing temps will not only chill you to the bone but also damage your sensitive belongings; and roads might be closed due to snow or ice, meaning you’re at risk for an accident at the worst and a delay at best.

To combat the winter conditions, you may need to insulate all your belongings and get a climate-controlled moving truck (at an extra cost). Additionally, it may be a good idea to protect all floors and carpets in your old place and your new apartment, and make sure all sidewalks and walkways are clear of ice and snow.

The tradeoff for having less competition, the upper hand in negotiations, and lower prices is that there’s also less for you to choose from. Why? Most apartment leases end during the summer, meaning summer renters often have more units to choose from.

In the winter, you run the risk of renting the apartment of someone who terminated their lease, was evicted, or left due to other unexpected circumstances. In other words, the listing might be less than ideal. But as long as you know what factors are really important to you in an apartment, you can decide what you’re willing to compromise on before signing on the dotted line.

We all know the holidays are in the winter, so adding in a stressful move on top of an already stressful season is, well, stressful. You might not even have the time to settle into your new apartment before you’re thrown into holiday shopping, parties, and the general hustle and bustle. Moving will take time away from your holidays, so you have to decide if you want to spend your time packing up boxes of your belongings or packing up and wrapping boxes for seasonal gatherings.

Ready to Make Your Move?

Demand for apartments tends to be lowest in the winter months, making them the best time for renters to find a steal! But moving during winter can come with drawbacks, including horrible weather conditions, so it’s up to you to weigh the pros and cons.

Luckily, ApartmentSearch can provide a complete list of available apartments in your area no matter the season! If you’re ready to take advantage of winter rental rates, explore apartment units on ApartmentSearch.com!